Closing the book on one year and opening a new one is always an interesting concept.  I try not to make resolutions; I try to make a plan!!

So here's my new year's concoction/plan:

Eat real, in season foods, cook often for my family and friends, take care of myself, pay it forward, be open to the possiblities.

And regarding Heirloom Meals - we'll continue to provide more tried and true recipes, stories and tips!!

And just in case - Here's a great menu for tonight with some concoctions!!

Ok, let's get the sayings out of the way - it'll help set the stage for this week's blog.

1. "The best laid plans...never actually work out the way you want them too."
2. "Murphy's Law, if it can go wrong, it will go wrong."
3. "When it rains, it pours."
4. "This, too shall pass."
5. "It's all good." (Say this one with a rueful smile on your face, as you realize beyond a doubt something is about to or has just gone unbelievably wrong.)

Guess what kind of week I had? Great! No, really it was. Army boy (aka Curt, my oldest) was home for Christmas, my Uncle and his entire family came up as well and I had a wonderful visit with everyone and gave tribute at my Grandfather's memorial. That's the broad overview. Diving into the different days in detail tells a little different story, but still a happy ending.

So, back to the sayings - number 1 – The Plan – clean out the barn, move the feeders around, finish erecting pens, fill the gutters and bed the barn with lots of dry, fluffy shavings, pull up all of the fencing that is still outside and frozen into the ground, make marmalade and egg nog for gifts and have it all done by Christmas. Yeah, right… I did manage to get the girls into the barn just as the snow was beginning to pile up during the blizzard.

The girls seem quite comfortable, but the cost of shavings for bedding just might put me out of business, really. I’m used to a deep pack bedding system where you put down a thick layer of shavings (once), then lots of straw and keep adding straw on top of any manure. Doing this makes a warm, solid and dry place for the sheep. Of course you need to clean it out in the spring with a tractor, but I have a tractor, so that isn’t really so important. The important thing, is to be able to get into the pack to clean it out. I can’t do this in the barn I am renting for the winter, so I need to put down shavings and clean it all out every week. Okay, more work, but where else do I need to be aside from being in the barn with the sheep? Only problem is, the 21 bags of shavings I put down Sunday outlived their usefulness by Wednesday. 21 bags of shavings from Tractor Supply Co. cost $126, not sustainable! If this keeps going at this rate, I will need to clean and bed the barn twice a week and financially I won’t make it through the winter. I called three people who deal in and deliver wood shavings, but the stuff is so expensive and hard to come by (thanks to all the wood pellet stoves out there), that it has taken repeated phone calls over three weeks to get any answers. Best we can do is get loose shavings, 30 yards at a time (BIG pile I need to cover) and that will be about ½ what it costs for bagged. Still, very expensive and certainly not an expense I had planned for.

Number 2 – Murphy’s Law – that kind of says it all doesn’t it, so I’ll just top off some of the gaps – Home Depot (where I am recognized and called by name) wrong size nuts, bolts, drivers, etc – having to make multiple trips. My printer deciding it didn’t want to talk with my computer anymore because it was no longer networked (all the system and program CDs were in storage of course, but I didn’t know that and kept looking all over the house and garage in every box for three days because I couldn’t find them, until I realized where they were).

Number 3 – Mechanical trouble. I Gave Curt the truck to drive while he was here since it is his favorite vehicle (who doesn’t like to ride high up in a Diesel powered F350) and the Turbo dies – that means the truck won’t go and stalls every few seconds. Jenn crasheD her little Ranger pickup into a tree, Christmas night on the way back from my parent’s in Becket, backwards no less and under 20 mph thank goodness! And now her truck needs a new taillight, tailgate and rear quarter panel, and of course she now has another concussion. Once my big truck was out of commission, Curt and I shared the VW and the night before he left (as the blizzard was ending) he ran over a piece of a snowplow that was hidden in the snow in the middle of the street. Had the car a higher clearance, it probably would have been ok, but since it is a Passat and sits low to the ground, the blade punctured the transmission pan, so that is now sitting at Flynn’s in Pittsfield awaiting diagnosis to see if it is salvageable or if it damaged the transmission. The truck turbo should be under warranty, so that is the good news, the bad news is they can’t even look at it until sometime next week. So I borrowed Gregg’s truck and on the way to the airport to get Curt on his plane, the windshield got dinged…

Number 4 – did I mention my Uncle and his family came to visit for Christmas and we had the Memorial for my grandfather? I do love my family – they are great, generous and loving, but they are all nuts in their unique and individual ways (and I am sure they think the same of me, in a loving way of course) so repeating number 4 was the mantra of the week.

Number 5 – Army boy has drilled this one into my head. Whenever something would go wrong, he would quote, “It’s all good.” It was his way of keeping his cool under pressure. Basically, no one got hurt (too badly) and no one was dead (yet) and whatever it was we were experiencing at the moment was not going to be something insurmountable. I started saying this one when he told me he was trying to get into a Unit that was stationed in Germany that was part of Special Forces and he would be gone for three years. Basically he would live in Germany and go wherever and whenever into harm’s way doing things I would not know about, but might read about, for several weeks at a time. His wife Nichole should be able to go with him and be stationed there too, but that is not guaranteed and I get the dogs…

Here’s wishing you all a Happy and Healthy New Year! It’s all good… 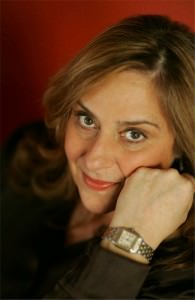 Molly O'Neill spent ten years collecting recipes and stories across America.  Her book, One Big Table, A Portrait of American Cooking is the result of her journey. It's a tribute to the home cook, a history book, a reference, a tome of sorts....Molly suggests that it's a well-balanced portrait of American cooking.  I can't wait to make some of the recipes!

The tradition that I created was simplicity -- make a few fish dishes that are a snap, set up a buffet table and then enjoy each other around a roaring fire!!

Just wait a few hours and look at the difference!!

Amazing that these 2 photos are from the same day!!  During the time that it took for the weather to transform from stormy to sunny, I planned and wrote/typed my recipes for the segment I will be doing this coming Thursday on WWLP-22 News in Springfield, MA on the 11 am show of Mass Appeal.

Simple, yet sophisticated, this do-ahead menu will allow you to enjoy your guests and ring in the new year with style! And in keeping with Heirloom Meals, I am sharing recipes that my Mom, sister, Jen, and I have used, developed and refined over the years for various parties that we throw.

Burtee's no "winer" - but he seemed to know that this present should really be his!!