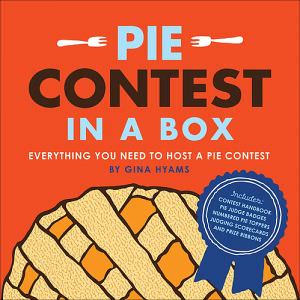 Gina Hyams has a diverse history, both geographically and culinarily. She and her mother moved to California for a year to live in a commune. To this day, she still can't stand the taste of sprouts. Gina has had a fondness for giant New York roast beef sandwiches since her father took her to a Jewish deli. To her young eyes, the sandwiches seemed ten inches tall! He would also make omlettes in the shape of Rudolph the Red Nosed Reindeer, complete with a grape jelly nose. For several years, Gina lived in Mexico, which inspired her first "kit" Day of the Dead Box. She now resides in the Berkshires, where her love of pie has led her to another endeavor, Pie Contest in a Box. Listen to our interview and try out the custard cornbread - a real hit at dinner parties!