News:
Come see Me and my sister, Jen at the Boston Flower Show

Cooking Demonstration - Out of the Container and Into the Pan.  Sunday, March 20th at NOON!

What I love about Heirloom Meals is that it has allowed me to be in places where I get to meet people like Cooper Boone. Cooper is a treasure of a human being. He has spent his life “giving back” by helping people through his psychology practice. But he also brings joy to the stage through his country music. And if that isn’t enough, Cooper is passionate about cooking and can often be found mixing great food and music together - be it a cooking demo and performance for the Country Living Fairs or his new tour - called "POT LUCK TOUR". Cooper encourages you to ask people to bring a covered dish of food to share with the hopes of creating a vibe that is communal and organic. Cooper will be playing with his band from Nashville (guitar, vocals, fiddle and mandolin). I am booking him for an evening - stay tuned for more information!!

Listen and be inspired!!

Lambs keep coming..... and so does the rain. At least the snow is washing
away - now we can begin to inventory the spare parts to the hoop house in
order to begin to reconstruct it after its snow load collapse. Well, maybe
we'll wait until the rain stops....

Sump pumping out the barn gutters has become a regular occurrence with the
rain. We think there must be a gopher hole or rabbit hole right up again the
foundation of the barn which is letting all the water in, since it has never
happened before in its 75 year history. 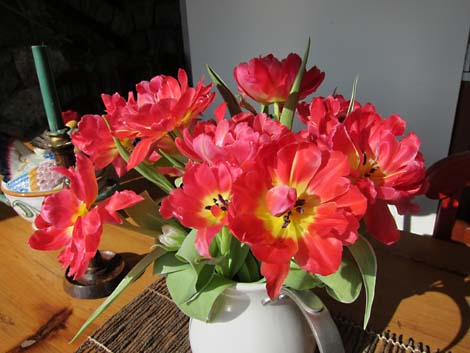 Testing and sharing thoughts for some of Progresso's new products. Very Exciting!! 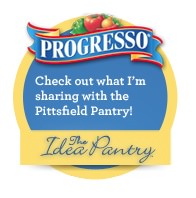 Very funny chicken antics - the chicken jumped into this box which must have had some bird seed from the bird feeder in it.  The rooster clearly wanted to join in.  And the loppers just frame the chicken so well!!