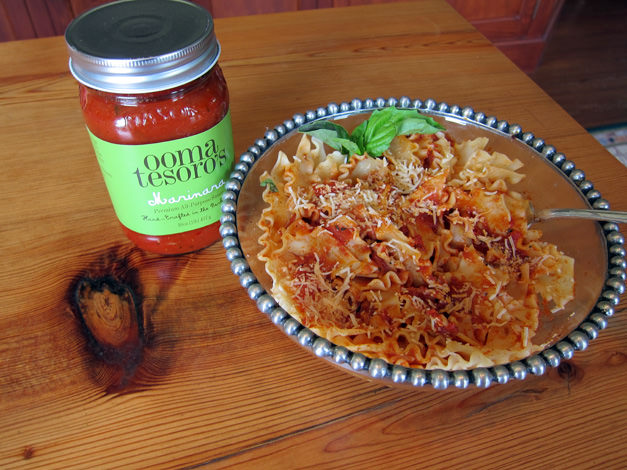 Michael Tesoro's story is really what Heirloom Meals is all about. After a series of jobs in finance and other fields, Michael found a culinary calling: making marinara sauce in batches and marketing it across New England. Ooma Tesoro's Marinara Sauce is an heirloom recipe from Michael's grandmother, whom they called "Ooma." His grandmother was a wonderful cook, and from her, Michael inherited a passion for food. Ooma Tesoro's is made with whole and fresh ingredients: whole plum tomatoes, extra virgin olive oil, fresh onions, fresh garlic, sea salt, black pepper, and a secret blend of herbs. Thanks, Michael for being on the show! Listen here.