Who walks and talks country living better than the Berkshires anyway?!

Today the Heirloom Meals office printer has seen a lot of action as we are designing, printing and crafting the invitations for the Berkshire Grown fundraiser dinner that will be hosted on Boulderwood Farm at the end of August.  Several days ago we received some exciting news that the current editor-in-chief of Country Living magazine, Sarah Gray Miller, agreed to come and be the featured guest for our event.  Our hope is that by sharing with Sarah how BG influences the local economy, lifestyles, food and environment Country Living might support our cause by creating a How-To for other interested individuals and organizations who would like to start similar movements in their communities. We think an online database where people could find their local CSAs and farmers markets would be spectacular too. 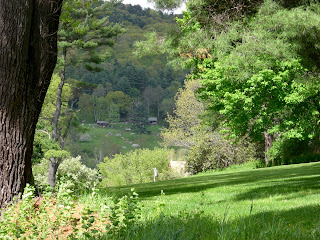 For the party we are hoping to have a true farm-to-table dinner out in the pasture with a full spread of heirloom meals from our archives that lend themselves to the in season produce available to us. We are even asking attending guests to send in heirloom recipes for us as we might feature them on the menu as well! In the next few weeks we will start honing in on the final menu probably around the same time that we will be cooking and photographing recipes for our HM website which we will no doubt be sharing with you!

P.S. Don't forget to check us out and show your support for Heirloom Meals at http://kck.st/cJw7ty where we are raising money for said website.  Donate a $1 or $10 or $25 or more! Thanks!