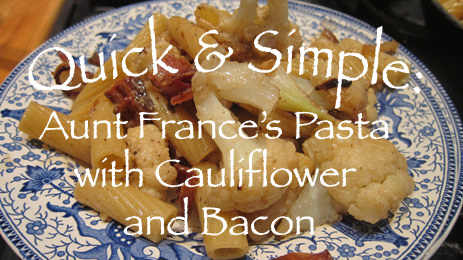 We are having a lot of fun developing a Quick & Simple Series. We call these Heirloom Tips because they are traditional techniques that have been handed down through the generations, and for good reason--they work!

Often we hear that technique is something that’s taken for granted by older generations who had the advantage of watching their grandparents cook on a regular basis. Video is the ideal way to hand these traditions down so that many more people can enjoy really wonderful food. Let us know if there’s a family tip or trick that you think is worth sharing.

Have an event or show that you’d like Carole to be a part of? Let us know and we’ll do our best to make it happen.

You can always find old videos in our Archives section.

Many thanks to the sponsors of our Thanksgiving Special, airing November 2011 on PBS television:


Want to support our efforts?