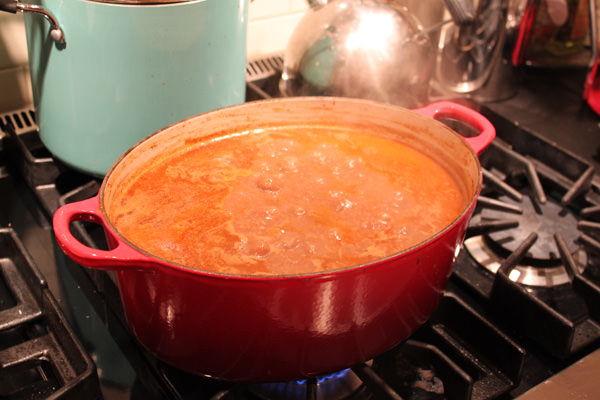 Recently we had Doug Ferguson from the Surburban Cookbook on Heirloom Radio. While on the show he shared his recipe for Cincinnati Chili, a memory from his childhood. Doug shared with us the story behind the chili and how the recipe had evolved over the years. Here are some words from Doug Ferguson:

"When I make Cincinnati Chili I do so in honor of my mom and her many attempts to recreate this dish, long before the internet was at our disposal.  And sometimes my son comes into the kitchen and eyes my big pot bubbling on the stove and asks, “What’s for dinner?”  ”Cincinnati Chili!” I say.  ”Yuck.” He replies. That’s my boy."

With that being said, we hope you enjoy Doug's heirloom recipe.

Adding a pinch of clove and a pinch of cinnamon will give it that distinct Cincinnati Chili flavor but a little goes a long way.