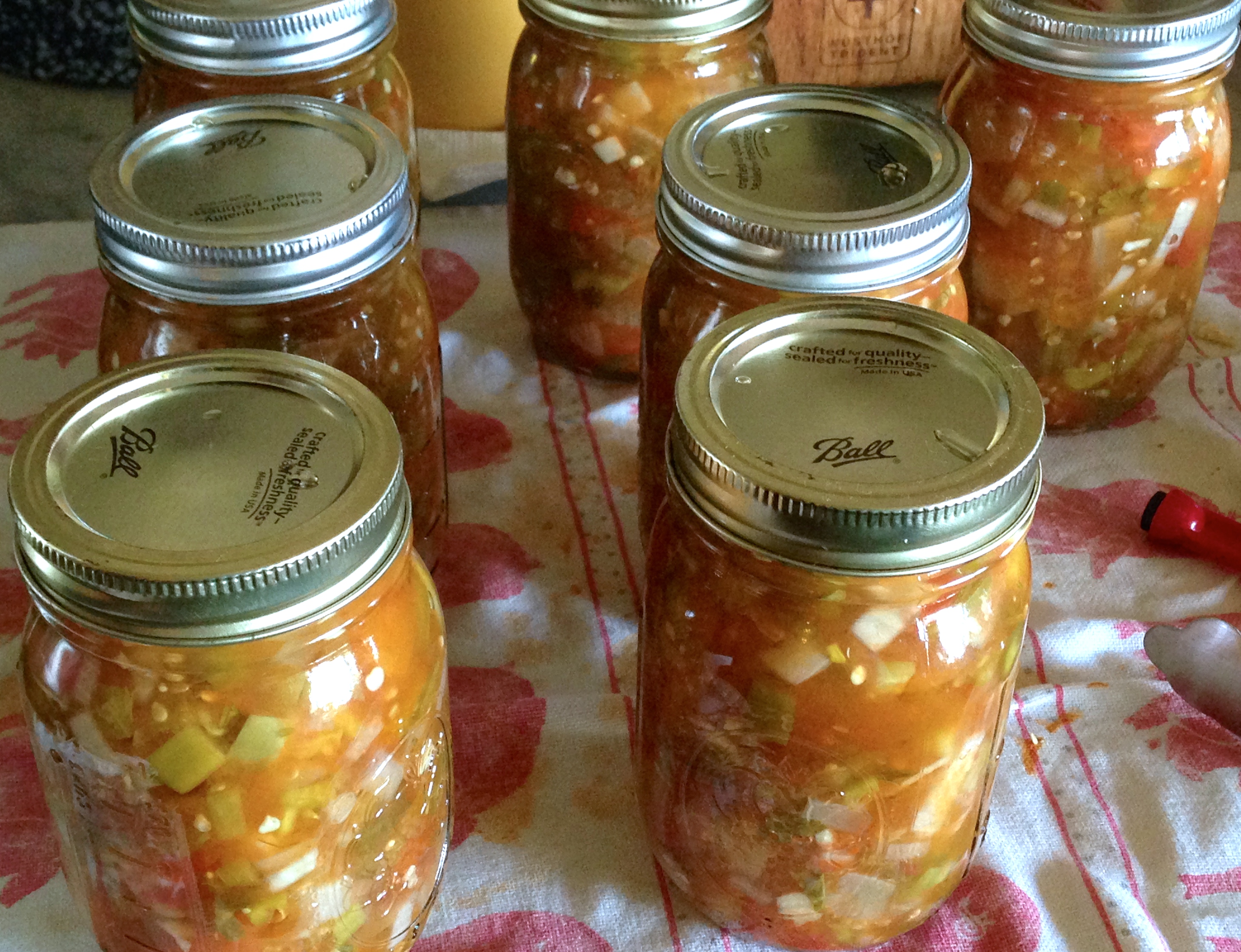 Tags: No tags were found.

As Chris Blair reflects on his favorite family recipes from his childhood he realizes the list is so short that the foods he has come to appreciate he acquired as an adult.  He says he has gained inspiration from eating at other people's table and eating in general.  The Coarse Simple Salsa and the Hummus at Home (this recipe can be found on the Heirloom Meals website) are two dishes he makes regularly.  The night before the Heirloom Meals Solstice party Christ was grilling corn on the stove top to make the salsa, a good alternative if you don't have time or it isn't the right weather for grilling!

Ripe avocado and ripe tomatoes really makes this better. However in the non-August period I find using plum tomatoes of any kind, without skin and seeds makes this a year round appetizer. Substitute to grilling corn: put in the microwave with husk for 7 minutes. Cool a minute or two and remove corn husk from microwave. Turn on the ring of your gas-burning stove and place the ear of corn on the iron where your pan would go. Rotate and grill until the corn is slightly caramelized.